This Is How the Internet Is Changing Your Brain

Do you think of your smartphone as another limb? Can’t ever seem to log offline? Discover how the internet is changing your brain with every search, scroll, swipe, scan, click, pull, tap, and like.

Ever the aspiring digital minimalist, my phone is always on vibrate, the majority of my notifications are disabled, and I use neither my phone at night nor laptop on weekends. I also just passed my one-year anniversary of being social media-free, which has saved my time, sanity, and much more.

But what about my fierce loyalty to Apple products, my constant Wikipedia deep dives, and my Reddit rabbit holes?

Truth be told, the lure of technology powered by the World Wide Web is strong AF—even for analog enthusiasts like me. As it turns out, the internet affects our brains more than we might imagine.

Stats on Smartphone + Internet Use

Of course, we can’t talk about the internet without including smartphones. So before we get into how the internet changes your brain, let’s first take a look at some numbers.

According to the Pew Research Center, in 2019:

That same year, smartphone owners in the US logged an average three hours and 10 minutes daily on their phones, with 90 percent of time spent in apps.

Further, the phenomenon of nomophobia—defined as the fear of being without your phone—is also growing in various populations worldwide.

And that’s just the tip of the iceberg. The stats behind excessive smartphone and internet use become even more alarming when you look at the activity of sensitive and hyper-engaged populations, such as infants, teenagers, and avid gamers.

So how does digital life end up influencing what goes on inside our heads?

How the Internet Is Changing Your Brain

Of course, the design teams behind the tech giants play a consequential role in the total internet and smartphone experience. Yet as soon as we engage, their products become our cravings—and we can’t seem to satisfy them fully.

Here are three ways in which smartphones and the internet affect your brain.

1. It Creates a Dopamine ROLLERCOASTER

Neuroscientist and psychobiologist Jaak Panksepp, PhD, explained our biochemical predilections for internet use through evolutionary terms.

Over millennia, humans have always enjoyed what he called “seeking.” Seeking is both an action for discovery as well as its own highly charged emotional state. Whether we seek food, shelter, or answers from a Google search, we get rewarded for our explorations through the release of dopamine.

Dopamine is a neurotransmitter that, among many other things, is linked to reward-motivated behavior. For instance, we get a rush from these feel-good chemicals when we:

While it sounds like the special sauce for a good time, we get caught up in a vicious cycle. Instead of producing pleasure, dopamine actually enhances the expectation of pleasure, which can leave us on the perpetual prowl.

That said, when we fixate on seeking with each scroll, swipe, and refresh, we’re merely chasing the thrill of reward—not the reward (or an end result) itself. In sum, this dopamine high is only a short-term fix that compels us to stay on the hunt.

Dopamine isn’t the only neurotransmitter affected by excessive internet and device use.

A 2017 Korean study showed that teenage boys with smartphone addiction had significantly higher levels of GABA (which slows and inhibits neurons) than glutamate-glutamine (which revs up brain signals).

Spurred from this imbalance, side effects of smartphones on the brain include:

3. Your Brainwaves Can Become Dull

According to a 2016 study, smartphone push notifications negatively impact cognitive function and concentration.

In particular, the risk group of participants with excessive smartphone use showed: 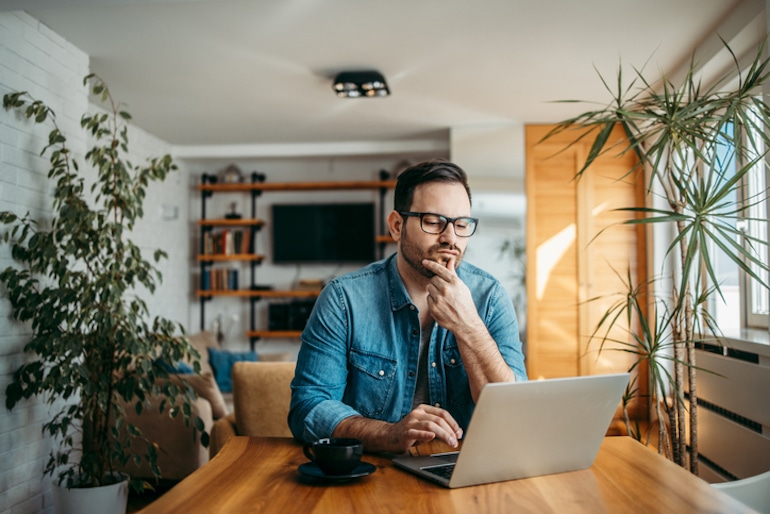 What Does Too Much Screen Time Do to You?

It’s one thing to read about what the internet does to your brain, but something else to understand its implications IRL.

Keep reading to learn about the daily and long-term impact of your brain on the internet and too much screen time.

1. You Have Poorer Recall of Information

According to a 2011 collection of four studies, the internet makes us better at finding, but not retaining, information.

When faced with challenging questions, people tend to remember where they found or stored answers, rather than the answers themselves.

The researchers concluded that instant access to information causes our brains to prize methods of locating answers, instead of actual recall and long-term memory.

2. You Can Behave Irrationally

Led by David Greenfield, PhD, MS, LMFT, founder of the Center for Internet and Technology Addiction, findings from a 2014 survey on phone use and driving will make you hit the brakes.

While 98 percent of participants said that texting while driving is unsafe, a whopping 75 percent of them admitted to doing it.

In short, dopamine is the culprit behind going against your better judgment.

Dr. Greenfield writes that the hard-wired neurological impulse to check your phone “can easily facilitate a compulsive pattern of behavior that defies logic and reason.” Again, the dopamine rush feels too good to give up. After all, we never know what surprises and delights are only a tap away.

Further, he says that many people who engage in such risky behavior rationalize their choices, which is a tell-tale sign of phone addiction or abuse. 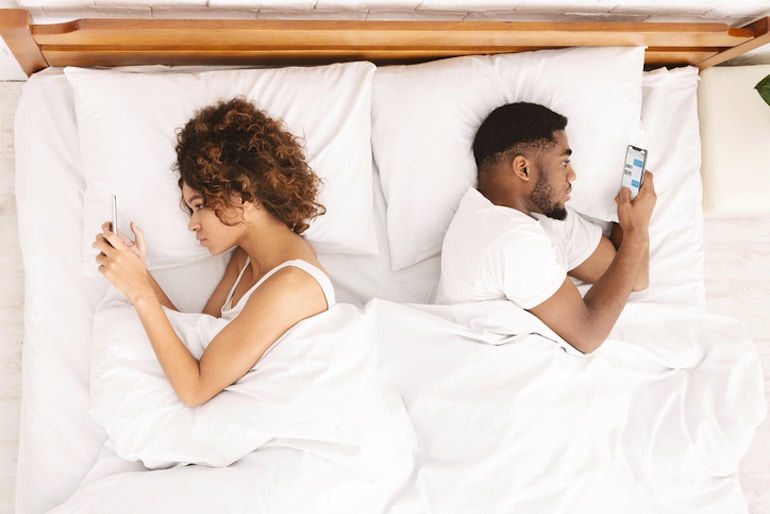 3. Your Social Interactions Can Suffer

Social media companies want us to think that they’re platforms for greater communication and stronger socialization. However, they may actually weaken both our minds and our bonds.

A 2019 study by researchers from leading universities demonstrates that the internet affects not only our attention and memory, but also our social interactions.

One of the researchers explains that excessive online stimuli, as well as “the increasing #Instagramification of society, has the ability to alter both the structure and functioning of the brain, while potentially also altering our social fabric.”

Short “curated” snippets through public or semi-private feeds don’t only lack intimacy for true connections. They can also breed envy and feelings of loneliness, and may eventually refigure our social lives as we know them.

On top of that, there’s an inherently greater risk of communication breakdown once it becomes digitized, given:

4. You Check Out from the Real World

Next, the internet disconnects us from the here and now. And not to get all Twilight Zone on you, but it actually makes us travel through another dimension.

As forensic cyberpsychologist Mary Aiken, PhD, puts it in The Cyber Effect:

“When you are checking your phone or spending time surfing websites, you are effectively in a different environment. You have gone somewhere else. You are not present in real-world terms.”

Excessive digital consumption can tune out your immediate surroundings, make you lose track of time, and lure you away from the richness of life off your screens.

Dr. Aiken continues to say since your awareness shifts while you’re in the digital world, so do your emotions, responses, and behavior.

Think about it: When you scroll past something negative on the internet—such as disheartening news or an ex’s new engagement post—its emotional and cognitive triggers will follow you from screen to real life.

That said, there are happy, inspiring, terrific things on the internet, too. So wouldn’t you be able to feel great after looking at this type of content? From this line of reasoning, perhaps.

But when it comes to your Google searches and social media feeds, algorithms serve you content most likely to elicit engagement. And the hits in question are overwhelmingly skewed to provoke responses fueled by negative emotions. 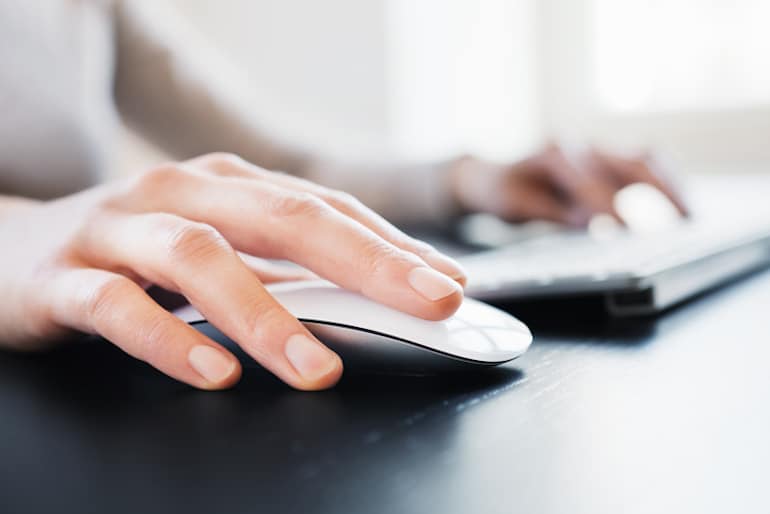 How to Practice DIGITAL WELLNESS

The truth is that the internet isn’t going away any time soon, and neither is our dependence on it for personal (and often professional) use.

That said, the best things we can do individually is to learn about the evolving landscape, investigate it with a critical eye, and find ways to use it intelligently (i.e., with restraint) instead of letting it use us.

While these lists are by no means complete, they can set a solid foundation to help you adopt healthier tech habits.

Here are a few tips to help reduce the negative effects of excessive internet and smartphone use: 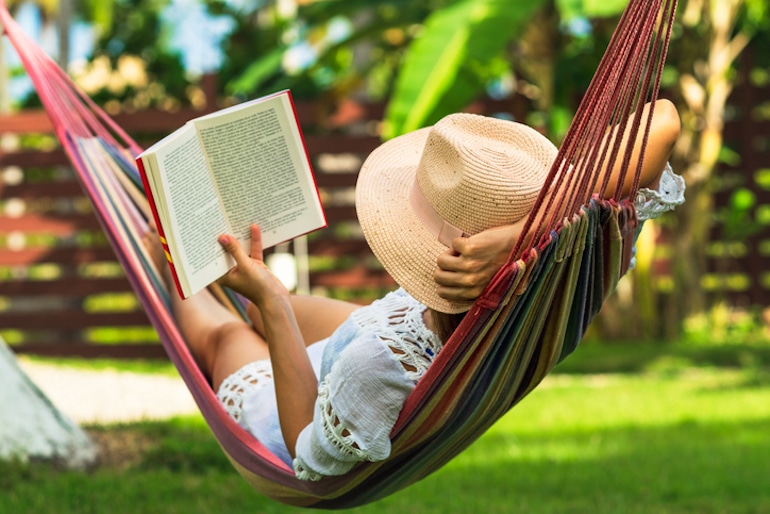 Finally, here are my recommendations to learn more about how smartphones, the internet, and new media affect the brain, culture, and the world at large.

Don’t get me wrong—smartphones and the internet can surely be sources of good. From accessing essential information, piquing our passions and curiosities, and checking in on loved ones, there are, of course, amazing benefits of having the world at your fingertips.

Still, both daily and over time, the real challenge lies in practicing tech hygiene and digital wellness. When it comes to protecting your brain health and otherwise, the trick is ensuring that you gain more than you lose.

All things considered, aim for intelligence over information, satisfaction over stimulation, self-development over distractions, and human connection over superficial communication.

The post This Is How the Internet Is Changing Your Brain appeared first on HUM Nutrition Blog.