How Long Does It Actually Take to Build a Habit?

Changing your habits takes time and effort. But how long does it really take to build a habit? Here’s what science tells us about the process around habit formation.

The playwright Samuel Beckett famously said, “Life is habit. Or rather life is a succession of habits.” And he was right. Humans are inherently creatures of habit, and most of our actions are on autopilot. But what should we expect if we want to break a bad habit or create a new one?

Before we get to how long it takes to build a habit, let’s first investigate the importance of habits on our daily lives.

Why Habits Are Important

We do the same things more out of habit than for any other reason. But why? Our habits and routines rule our lives since they make life easy, comfortable, and rewarding.

Imagine if you had to think through every decision:

Decisions take time and effort to make, so doing habitual things unconsciously is less cognitively demanding. As a result, your brain is free to focus on other tasks.

For instance, the following cues may trigger helpful automatic habits:

In short, automatic habits enable you to get stuff done. The efficiency that your habits offer your brain are great, so long as the habits are adaptive and serve you well.

Conversely, habits turn into liabilities when they negatively impact your life. What should you do when you realize your current habits don’t serve you anymore and you want to change them? How do you go about creating new habits?

As a neuroscience researcher, I looked at the science behind what it really takes to build new habits and break old ones. Here’s what I found.

How long does it take to build a habit?

Wondering how many days it takes to build a habit? You may have heard that the magic number is 21 days. However, current science doesn’t back that up.

Instead, research by University College London concluded that the median amount of time necessary to build a new habit is 66 days.

However, it’s worth noting that the study showed a wide range of timelines for any change to become a habit. Some people were able to develop a new habit within only 18 days, while others took up to 254 days.

That said, don’t lose faith if you don’t see the results you’d hoped for within a couple of weeks. I recommend that you consciously stick to your intended change for at least three to four months. By doing so, things should fall into place to create a new habit that lasts.

How Habits are Built

Now that you’re aware of a realistic timeline to work with, it may also help to understand the key elements of habit building and change.

Knowing that you want to change something about your life is something to celebrate. Knowing what works and what doesn’t is indicative of both high emotional intelligence and self-awareness.

Wanting to become a better version of yourself is something to be proud of. When we better ourselves, we have a positive impact on our lives and the lives of those around us.

Do our habits develop in childhood? Do we make choices and unconscious decisions simply to follow the crowd? How the decisions we make become habits is hotly debated.

But what’s clear from science is that habits are formed in small, incremental, and repetitive actions. The repetitive nature of these actions—in similar or consistent settings—creates a strong association between an event and a subsequent action.

In neuroscience, this lends to the idea that “neurons that fire together, wire together.” These neuronal connections create strong cues that result in the many subconscious choices we make. 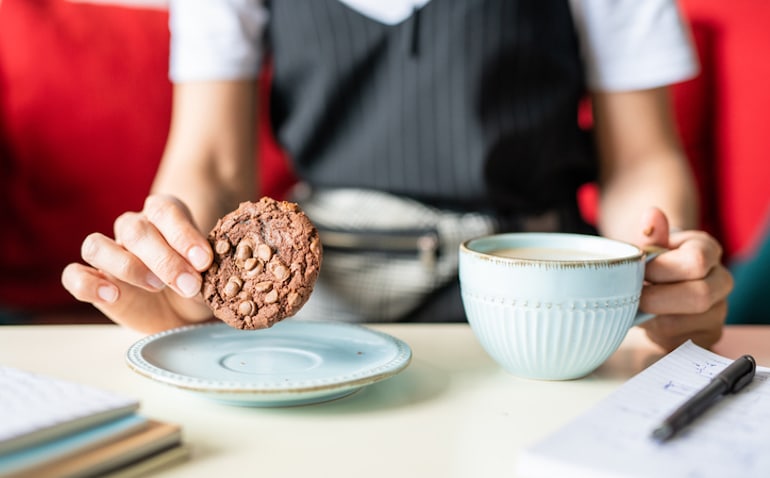 One thing neuroscientists can agree on is that any action that becomes a habit requires planning. As Benjamin Franklin put it, “If you fail to plan, you are planning to fail.”

In other words, if you want to change your actions and build a new habit, make sure that you have a plan to help you succeed.

For starters, generate an environment with cues that’ll remind you to make different choices. For instance, if you want to make healthier food choices but have the habit of grabbing a cookie every time you make coffee, you can plan ahead by:

These changes can help ensure that next time you make coffee, you don’t grab and eat a cookie before realizing you’ve even done it (and then kick yourself for not sticking to your goals).

If you’re ready to make a change and to establish new habits, you’re in what scientists call the initiation phase. The next step is the learning phase, followed by the habit change.

That’s when you retrain your brain. The cycle can be summarized into the 3 R’s:

The process seems simple, but it involves the tricky period of teaching an old dog new tricks. It often leads many to stumble while attempting to make the changes they hope for. However, it’s important to remember that success is within reach.

Last but not least comes the stability phase, in which your habits become second nature. 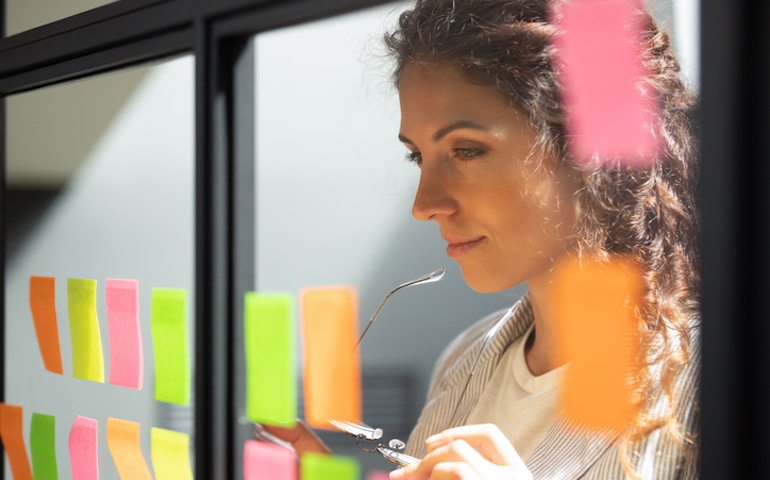 To ensure you succeed in your quest to become the best version of yourself, I researched and summarized the process of successful habit modification into six key steps:

Remember: It’s all about progress, not perfection!

Many of the habits we want to change aren’t habits we planned for; they just happened.

But one thing is for sure: Breaking a habit is harder than creating a new one. That’s because breaking habits requires unlearning a behavior. (In neuroscience speak, the connections between the neurons that have associated one event with a particular action or outcome need to weaken.)

Regardless of your goals, don’t let this fact, the time commitment, or other factors to hinder your progress. Above all, it’s important to build habits that serve to your benefit, which should be well worth the wait—whether it takes 66 days or otherwise.

The post How Long Does It Actually Take to Build a Habit? appeared first on HUM Nutrition Blog.