Good, healthy friendships are among the greatest things that make life worth living. After all, the quality and depth of friendships aren’t only associated with life satisfaction, but can also impact your physical health and longevity.

But what happens when friendships are outgrown, one-sided, or even toxic? Further, how can you effectively notice the signs of a bad friendship, and understand when and how to end it?

To get to the heart of the matter, we asked two mental health experts for their advice.

Before we get to the major reasons to end a friendship, understanding what a good, healthy friendship looks like may give you a better perspective.

So, what exactly makes a friendship healthy?

“A healthy friendship is borne out of trust and experience,” begins Sanam Hafeez, PsyD, a psychologist based in Forest Hills, New York. “Both are not something built over a few months or even a couple of years, unless you’re very young.”

Marisa G. Franco, PhD, a psychologist and friendship expert, adds that trust means that a person is reliable and will hold what you say in confidence.

“There are rules to building a relationship with a friend that should resemble [trust] in substantial time,” continues Dr. Hafeez. “Starting with open, honest communication and mutual respect, friendships can thrive in a safe space. Safe space can be freedom to be who you are, express your vulnerabilities, and not feel judged or condemned.”

Such grounds for open communication and vulnerability don’t appear overnight. Instead, it takes time, effort, and subtle shifts through successive interactions for both parties, in which you show up to support each other.

When you don’t need to censor yourself—whether for personal, social, or political reasons—the freedom and safety attached to putting yourself out there “ends up carrying a lot of weight in a growing, healthy relationship,” she adds.

Next, “Earning your friends’ respect and being able to respect them is a large part of [the friendship] equation,” says Dr. Hafeez.

Additionally, Dr. Franco emphasizes respect in regards to reciprocity by way of:

Support for Each Other’s Values

Lastly, Dr. Franco mentions identity affirmation as an essential marker of friendship. By that, she means that “you affirm who your friend is, even when it counteracts your personal views.”

This sign of a mature, healthy friendship can pose a challenge—particularly when you don’t agree with their choices.

Whether it comes to something as innocuous as a friend’s choice to quit their job to travel the world for a year (whereas you’re more “practical”), or something more fundamental (like their advocacy for a political cause you don’t agree with), the idea is to be there for them regardless.

“If I’m good at identity affirmation, I’d recognize that my friend’s values don’t have to match mine,” she explains. However, “I can support them in living their version of their best life.”

Essentially, live and let live—as long as their choice isn’t dangerous or harmful. 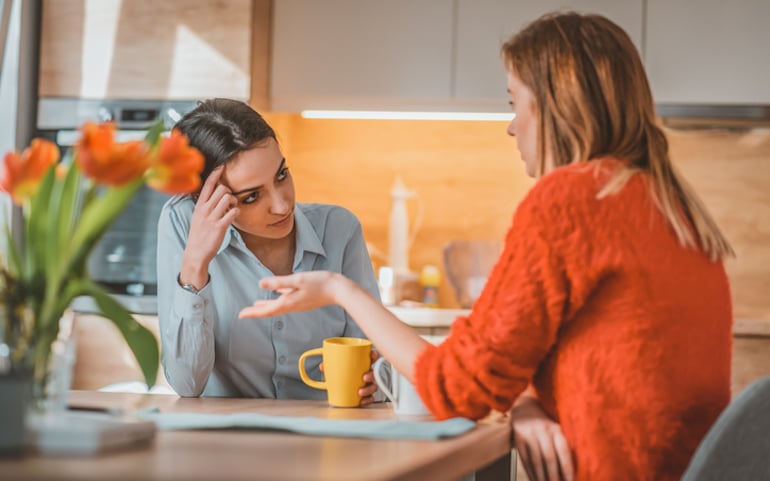 5 Reasons to End a Friendship

If a friendship lacks one or more the signs outlined above, it may be time to end it. Further, if you notice any of the instances below at play, you may learn how to identify a bad friend and gain even more clarity.

Here are both signs of a bad friendship, as well as a scenario in which it’s simply run its course.

The first reason to end a friendship is that you’ve simply outgrown it.

As time passes and your priorities and values shift, it’s natural to grow apart and have fewer things in common with each other. So if you feel as though you can’t relate to (or merely vibe) with one another, it could be time to part ways.

In this case, while the breakup might be bittersweet, it could end up being best for you both. “People can grow apart in all relationships, but it doesn’t happen overnight,” says Dr. Hafeez. “Just like friendships take time to build, they also take time to disintegrate, save for a major event or betrayal.”

She then explains that in many cases, people check out long before friendships officially end. If you don’t want to get to that point, she advises against disconnecting. “Keep a conversation going, even if—and especially if—it’s uncomfortable.”

However, if a friend refuses to engage in a healthy, adult conversation—perhaps by talking over you, refusing to listen to you, or dismissing your perspective and feelings—that’s a tell-tale sign of a bad friendship.

Dr. Hafeez says that if your efforts to have a normal conversation (or rationally discuss issues in your relationship) “fall on deaf ears, feel free to evolve away from that person.”

While not being heard is one clear instance of disrespect in a friendship, it’s only one of many examples suggesting that a friendship is toxic.

In terms of respect (or rather, a lack of it), main reasons to end a friendship include when someone: 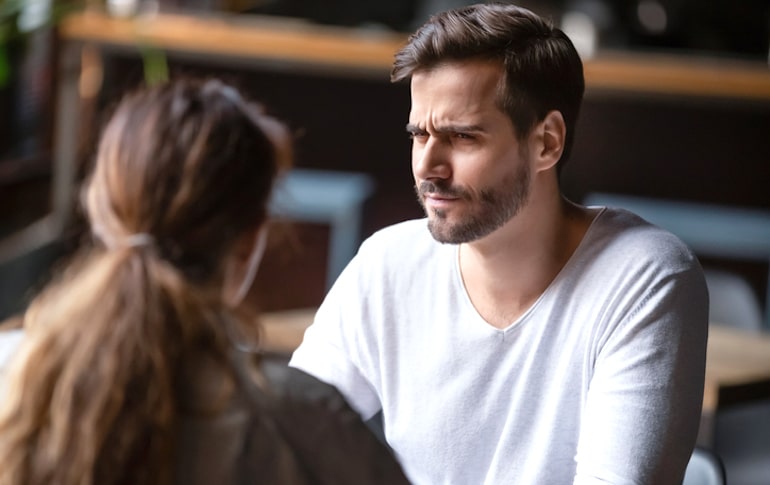 Similar to the point above, a clear sign of a bad friendship is when someone willfully brings you down instead of building you up.

“When it’s clear that a friend isn’t rooting for your success, it might be time to end it,” says Dr. Franco. “This might look like them tearing you down when you share an accomplishment.”

Other examples of manipulation and feeling “less than” include:

Essentially, these instances all indicate there’s an unhealthy power dynamic at play. When they go unchecked, they can gradually chip away at you, potentially resulting in a lack of self-esteem, confidence, and faith in yourself.

“When you consistently leave their company and feel drained, or you feel like a shrunken version of yourself around them,” Dr. Franco says these are an entirely valid reasons to end a friendship.

Further, if your bad experiences with/concerning them outweigh the positive ones, it’s officially time to shut the door.

This element of a toxic friendship pretty much speaks for itself.

Dr. Franco outlines a few ways in which this can manifest, such as by:

Additionally, if a person has demonstrated such instances with others—say, constantly sharing someone else’s secrets or admitting they ignore people who rely on them—there’s a good chance you’re not immune to having the same happen to you.

Before you pull the plug on a friendship, Dr. Franco urges that you first evaluate where the other person is coming from.

“It’s normal for a lot of these issues to come up across the lifespan of the friendship,” she shares. “Your friend’s behavior may be because they’re going through a tough time.” And while that may not be an unimpeachable excuse to let them off scot-free, it’s still a consideration to keep in mind.

“It’s always a good idea to have an open conversation and give your friend a chance to change before ending it,” she adds. However, when problematic patterns are longstanding, you have the “evidence” you need to move forward. 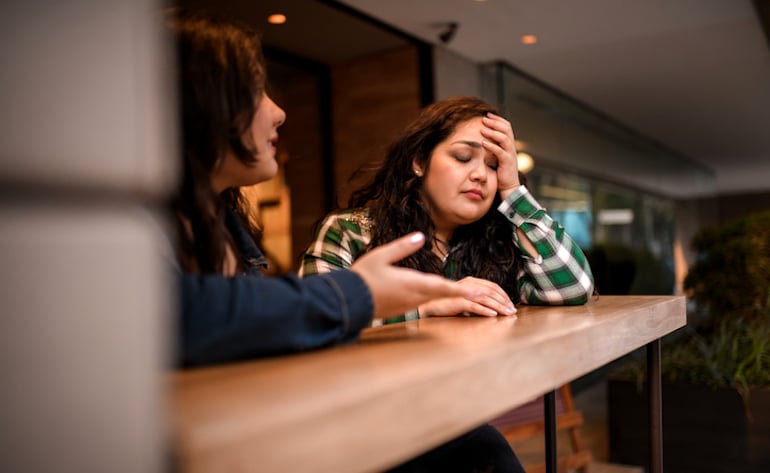 How to End a Friendship with Grace

In most cases, the two experts explain that the best way to end a friendship involves a transparent discussion. That said, they both believe that the method of doing so will depend on the depth and nature of the specific relationship at hand.

Get in the Right Mindset

“Processing your emotions in real time and allowing them to unfold is a major step in making the decision to end a friendship,” explains Dr. Hafeez. “It should take time and thoughtfulness, and shouldn’t be done in haste.”

Read: Don’t let your emotions or sense of injustice overpower you in the moment, and resist the urge fuel more drama.

“If you do it with the right mindset, you lessen [any] post-breakup guilt and negative emotionality,” she continues. Dr. Hafeez also suggests writing yourself a letter about why you’re doing this. “Read it after the fact, if only to remind you that you felt that way, and that it wasn’t a flippant decision.”

“For newer, more budding friendships, it’s okay to take a more subtle approach,” Dr. Franco advises. It may not include a full confrontation, but perhaps a gradual retreat.

You may want to plant a seed—for instance, gently yet succinctly voicing what’s bothering you—and see how things unfold from there.

Also, for newer friendships and/or in less egregious instances, Dr. Hafeez also notes that it may be beneficial to “quietly drift away to reduce unnecessary pain and hurt.” If you sense that you may feel differently in a few months’ time and want to reconnect, this might be your best option.

Choose the Best Means of COmmunication

However, if you’re certain that you need to end an established friendship, the best way to do so is with a direct conversation. “If you don’t, you might trigger ambiguous loss, which is grief that’s hard to process because we lack closure,” Dr. Franco warns.

So if you feel that you need closure to cope, Dr. Hafeez suggests ending a friendship in person by inviting a friend to a neutral space to break it to them.

But if—based on past/recent experiences with them—you suspect the scenario would provoke additional conflict, she suggests sending a thoughtful email instead. (On the other hand, she says that texts “can open up a can of worms.”)

No matter the means in which you express your POV, Dr. Franco stresses the importance of speaking from your direct experience only.

“In this conversation, stick to ‘I’ statements rather than ‘you’ statements,” she urges. For instance, this could look like:

Lastly, if you want to soften the blow—or simply recognize that your friendship was healthy and valued in the past—feel free to do so.

“During the conversation, you can acknowledge that the friendship was mutually beneficial at some point in time,” says Dr. Franco. “Share those positive memories so that you don’t both see the friendship as a ‘waste.’” 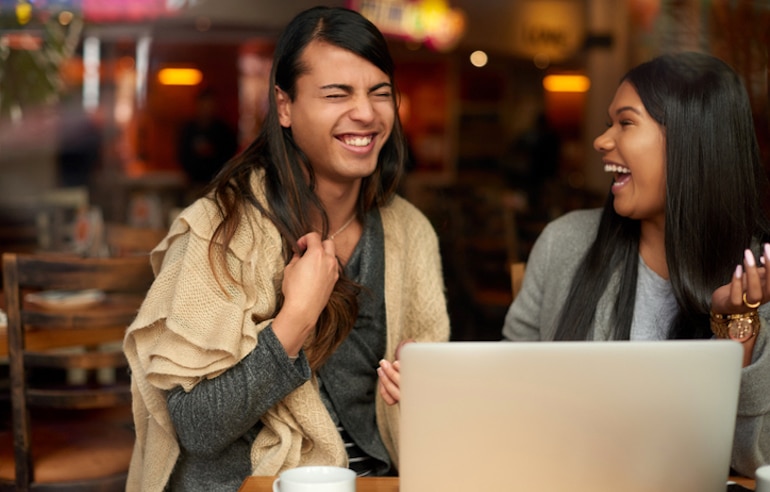 How to Deal with the Aftermath

When you end a toxic (or no long functional) friendship, know that guilt, fear, separation anxiety, and the like are par for the course.

However, consider them necessary growing pains for you to move on, recognize your self-worth, and focus on the relationships and other priorities that bring you joy. (On the other hand, if you feel that greater issues are at play, consult a therapist or mental health professional.)

Dr. Franco assures us that it’s normal to feel crushed at a friendship ending, no matter the reason why it did. That said, it’ll still likely take time to come to terms with the fallout.

“We don’t have a ‘script’ for such grief as we do for romantic breakups, which makes it feel even harder because we can feel more isolated in our pain,” she shares. “Still, give yourself time to feel your feelings; don’t try to push yourself to ‘get over it.’ Grief isn’t a race.”

On a parting note, Dr. Franco wants us to remember that outgrowing your friends is a natural part of life. “It also makes room for new connections that better fit who we are,” she notes, which will serve to your benefit in the long run.

In the meantime, you can also lean on your other friends who lift you up and demonstrate how they value you. You may also choose to share your grief about the other friendship ending. “In doing so, the ending of one friendship can lead to the deepening of another,” she concludes.

The post 5 Reasons to End a Friendship (And How to Do It with Care) appeared first on HUM Nutrition Blog.